Bulletin’s Ravensthorpe project overlies the Annabelle volcanic sequence and pegmatites which also host the Mt Cattlin Lithium mine and processing plant, 12km to the east. The 57km2 tenement hosts several pegmatite outcrops with lepidolite and spodumene. Previous work identified a series of outcropping pegmatites and costean sampling of one of the outcropping lepidolite-spodumene mineralised pegmatites returned a result of 10m @ 1.1 %Li2O including 1m @ 2.91 %Li2O. A preliminary drill program of this single pegmatite did not show adequate encouragement and the area was subsequently relinquished (refer ASX: Lithium Australia (LIT) releases dated 26 May 2017 and 1 September 2017).

Bulletin considers the decision to relinquish was made too early and believes strong opportunity exists to discovery economic quantities of mineralisation. Other known outcropping pegmatites remain to be tested and the potential under shallow cover is considered high. 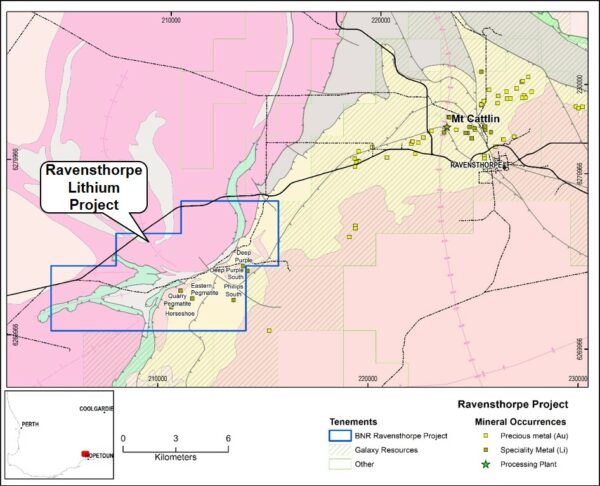 The Ravensthorpe district is also well known for gold mineralisation, which is commonly associated with thrust faulting in this area. Thrust faults have been mapped by government geologists but the potential for gold in the tenement has not been a focus of previous explorers. The bulk of the activity focusing on gold in the area has been further east towards Ravensthorpe with little gold focused activity actually undertaken on the tenement. As well as exploring for Lithium, Bulletin also plans to test this potential for gold. 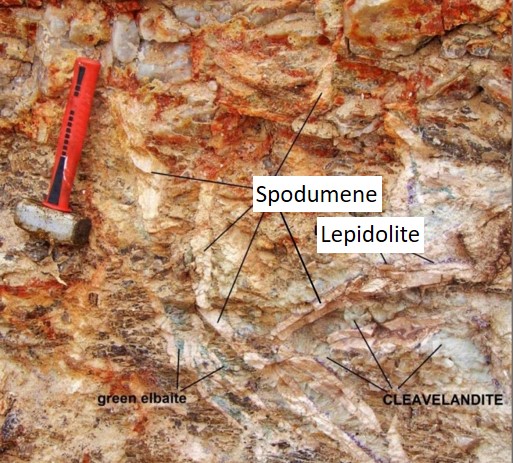 Bulletin’s Lake Rebecca Project is 150km east of Kalgoorlie and immediately along strike of a >1 million ounce gold deposit.

Bulletin’s Ravensthorpe project overlies the Annabelle volcanic sequence and pegmatites which also host the Mt Cattlin Lithium mine and processing plant, 12km to the east.

The Chifley project is a 79km2 tenement that is prospective for gold. It is ~50km to the south of Lake Rebecca and on a northwest trending splay of the Claypan Fault.

Enter your email here to receive shareholder alerts via email

Check out our social media